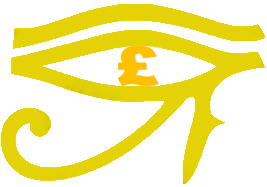 In a repeat of last Decembers warning letters in anticipation of Golden Eye International Limited (“GEIL”) Letter Of Claim (“LoC”) of copyright infringement on behalf of Ben Dover Productions (“BDP”), O2/BE There have started to send out the same warning letter to their customers in what can only be in anticipation of further LoCs from GEIL on behalf of the other 12 producers.

GEIL successfully gained disclosure of O2/BE There subscriber details (Which was un-opposed by O2) from their Norwich Pharmacal Order (“NPO”) application in March 2012 for BDP, but were unsuccessful with the other 12 producers.  They subsequently won their appeal for the 12 producers in December 2012.

For the new recipients of these imminent LoCs, many will be completely unaware of what is effectively a “phishing” campaign by GEIL.  This is because GEIL have only the evidence of a “monitored” IP address and with this they “bought” the subscriber details from O2/BE There.  The letter under “Infringing acts” starts:

This letter assumes that you, as the internet account holder at your address, were the user of the relevant computer on the day and time in question

After making such a statement, the letter goes on to say:

In the event that you were not responsible for the infringing acts outlined above because, for example, another member of your household was the user of the computer, you should make full disclosure to us of the other parties at your residence using your internet connection to make the Work available for download

So they assume the subscriber is the infringer then say they may not be responsible, to which they say:

A failure to make such disclosure may lead to a claim being made against you with the court being asked to conclude, on the balance of probabilities, that you were the user of the computer

A completely innocent subscriber who has not committed the infringement, and not authorised anyone else to commit the infringement may receive a follow up letter demanding a disproportionate settlement simply because they respond with details of who also lives at their address.

The subscribers who will receive the latest letters GEIL are sending out can see from the NPO judgement that Judge Arnold said:

This is the Judge who presided over GEILs NPO application, and this Judge knows innocent people will be targeted.

The Judge goes on to say:

What the Claimants ought to do is to proceed in the conventional manner, that is to say, to require the Intended Defendants who do not dispute liability to disclose such information as they are able to provide as to the extent to which they have engaged in P2P filesharing of the relevant Claimants’ copyright works

The man who has perpetrated this phishing campaign is Mr Julian Becker who is a director of GEIL along with Ben Dover (a.k.a. Mr Simon Lindsay James Honey).  Mr Becker has been known to make rather odd quotes to the Adult Media Press, such as:

Fundamentally we are pursuing those that are uploading not downloading, they are potentially uploading to millions of others who are also using these networks.  How many they upload to is impossible to calculate, but in effect these violations are unauthorized distribution, we are not pursuing those who have simply downloaded one film.

Now the words there are totally misleading and could lead a subscriber who is innocent or guilty in to a false sense of assurance.  “pursuing those that are uploading not downloading” is completely irrelevant because the nature of BitTorrent software IS downloading and uploading.  And as I have found out, GEILs response to those who admitted one infringement is a demand of £350.00 which contradicts his statement of “we are not pursuing those who have simply downloaded one film”.

For those who have received the warning letter from O2/BE There and may receive an LoC from GEIL, what can you do?

As is always the advice:

BE CALM, DO NOT PANIC and DO NOT IGNORE.

The Open Rights Group (“ORG”) are there to give guidance and advice also.

Read up about these people and this Copyright Trolling / Speculative Invoicing on this Blog, Torrent Freak, and also the Forums at Slyck with a goldmine of information.

Read here for testimonies of those who received letters similar in the past, and realise YOU ARE NOT ALONE.