Remember when Lawdit had to “payup” for linking ACS:LAW with Davenport Lyons?

Remember when Lawdit had to “payup” for linking ACS:LAW with Davenport Lyons?

….Well it seems that Lawdit was RIGHT all along. Here is a “screenshot” from Lawdit concerning the issue. From 13th May 2009

And here almost a year later, the truth is exposed from ACS:LAWs own mouth!

Moral for you ACS is that when you LIE online, you will always be caught out!

The News that Lawdit had been censured by ACS:LAW was a blow to many of us who had only then just received these letters. Lawdit have proved to be an excellent Solicitors and very generous with their time and advice. 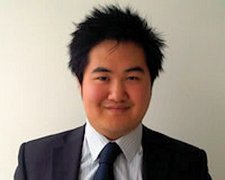 It remains to be seen if Tsangs new Firm Cramer-Pelmont will continue the sad and depressing episode of persuing innocent people with wild accusations. Of course we DO know that Terence has his OWN “Monitoring” Software now!

I am one of the many innocent people who have been accused of file sharing by Copyright Trolls, my letter came from the now infamous ACS:LAW, but they have now been emulated by many more using the same system. Their ruse is simple, Send out letters of claim with NO Real evidence beyond an IP address that they claim was captured using a frowned upon hack of Shareaza. My REAL opinion of these companies turned when they started sending out Pornography claims, THAT is what I find most disturbing. People who HAVE to pay up without the option of having their day in Court. THAT is NOT Justice. Why can't they just go to Court? because the Lawyers, pitch the price of paying the "Compensation" at about the same rate as hiring a lawyer to fight it. Things have changed in the last 8 years though. I would advise people to read the "Speculative Invoicing Handbook Part 2", research these people yourselves, and find me at Slyck Forums, or on Twitter. Do NOT Worry, Stand Strong
View all posts by Hickster →
This entry was posted in ACS LAW Letters and tagged acs law, cramer pelmont, davenport, davenport lyons, lawdit, letters, terence tsang. Bookmark the permalink.

3 Responses to Remember when Lawdit had to “payup” for linking ACS:LAW with Davenport Lyons?